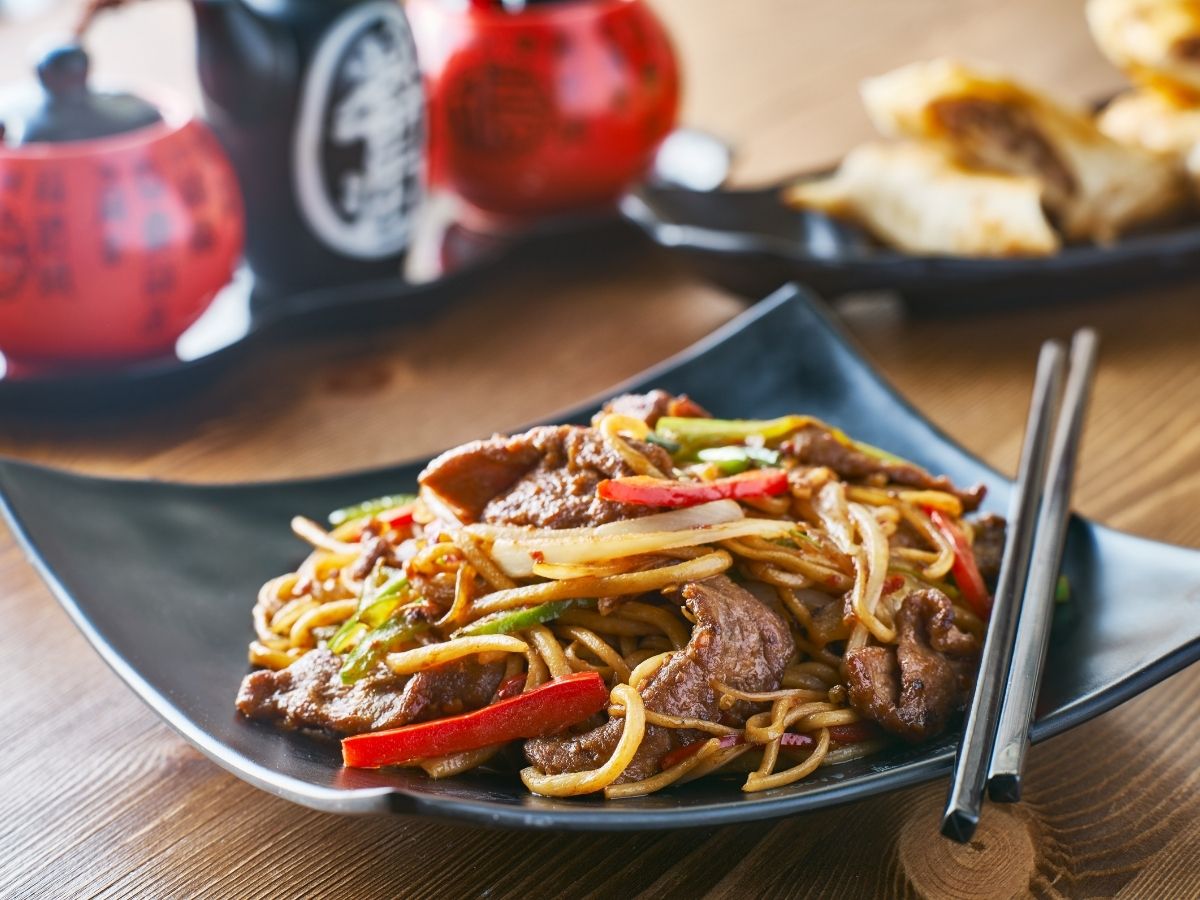 When a person thinks of Asian cuisine, one of the instantaneous foods they imagine is noodles, which come next to rice. This grain dish is a very flexible and versatile component of many noodle dishes that originated in China. You’ve come to the right page if you’re eager to feed your knowledge more on Chinese noodles.

There are many recipes to try if you’re interested in creating Chinese noodle dishes. But before you try cooking them, it’s essential to know some more vital information like their different kinds, origin, or how they’re usually made. Wheat, a primary component of many Chinese noodles, has been reigning a lot in China. But through the years of colonization, influences, and trades, the spread of Chinese noodle dishes has become widespread all over Southeast Asia.

Determining lo mein vs pad Thai can be made easy if you get to know more about Chinese noodles. So here are some vital things to know about them:

Water and flour are mixed to create noodles, and there is some disagreement about whose idea first came up. Recently, almost all nations have generated their staple noodle dishes, but everyone would often agree that the original roots go back to Asia. Noodles have been eaten by the Chinese for near people for almost 20 centuries now. Europe is another continent wherein noodles have become very popular, but some experts believe that the Chinese noodles influenced the inspiration of their pasta noodle dishes.

Like Italian noodles, Asian noodles come in various widths and lengths. Usually, noodles are long and uncut, but they undergo other cooking methods and processes as they’re created into different dishes. This leads to different tastes and rich flavors. Another historical belief among the Chinese that’s been strongly believed and even preserved until now is the symbolism behind noodles which is long life. Many people eat noodles on birthdays and other special occasions for such reasons.

Chinese noodles come in different textures, forms, colors and undergo other processes. You can check some Chinese dried rice noodles recipes and see which types of noodles you need.

Here are some different Chinese noodles that you can use to try making other noodle dishes.

In the diaspora, this type of noodle is chunkier and chewier than yao mein. After the noodles have been cooked, they are added to a wok while mixing the vegetables and meats. They are then combined with the lo mein sauce. You should be careful not to overcook the noodles, so the right texture is achieved. Lo mein can be considered a staple soul noodle dish that many people enjoy. It pairs well with any protein meat and blends together with rich sauces. This is a famous takeout dish to enjoy even in the middle of the night.

These might not be noodles to some because they’re considered rice cakes. A pounded glutinous rice cake is made by steaming thick rolls of rice and slicing them into thin slices. The process of creating nian gao noodles is often compared with the way the Japanese make mochi.

The Shanghainese variation is a distinct savory variation of a sweet dish commonly served elsewhere in the country. The soft and chewy texture of nian gao provides the perfect contrast to its crunchiness caused by the stir-fried vegetables. This noodle dish is easy to cook at home.

Vermicelli noodles look like thin straws because they are so thin. They’re among the most common Chinese noodles you can find in your favorite supermarket. You need to stir constantly and get under the noodles with vermicelli as they tend to stick into the wok or pan. Numerous recipes use vermicelli noodles, so this is a great place to start when trying to learn noodle dishes.

These smooth noodles are best enjoyed when slurped and are designed to integrate well with various sauces. Aside from China, other countries in Asia like Vietnam and Thailand utilize ho fun noodles in many of their dishes.

Chow fun, a stir-frying dish with beef, bean sprouts, and soy sauce, is a popular dish at Cantonese restaurants, and ho fun is the type of noodle used. You can start stir-frying these sticky noodles with great cooking skills and prevent them from sticking together.

China’s Fujian province is the origin of Hokkien noodles. You can opt to use this type of noodle for cooking stir-fried noodle dishes. The noodles in Hokkien tend to be thicker and chewier than those in other noodles. There is often some moisture in the bags of Hokkien noodles found in the fridge section of Asian supermarkets.

This thin wheat-and-egg noodle is fantastic when it’s fresh. To recreate the best dish, they’re usually combined with wontons. Aside from China, these noodles are pretty famous in Hongkong. Fresh or frozen noodles are available at most Asian grocers, but dried noodles are also available in this version. Since they come with egg components, their texture’s color is yellow. You can serve them in soup or stir-fried with sauce. Try making this tasty dish, and your family will surely love it.

3. How To Make Chinese Noodles

Among the many types of noodles, steam, stir-fry, deep-fry, boil, or serve in soup are some of the most common cooking methods. Noodles are low in calories, rich in protein, and contain a lot of complex carbohydrates.

Typically, Chinese noodles are made by mixing flour, salt, and water. They’re usually made by hand and create bar shapes as they knead the floury textures. After blending these bars, they must pull them into long strips. Finally, the strips are boiled in hot water, which will be removed once cooked. The processes for each type of Chinese noodle will differ from one another.

Noodles can be used with any dish, and you will often find chow mein recipes that use rice instead of noodles. Depending on your taste, cooking preferences, and available noodle ingredients, you can tweak and modify different Chinese noodles to create your hearty noodle dish.

Learning some vital information behind Chinese noodles can leverage your way into cooking them more effectively. Whether you’re crazy about noodle dishes or you want to give these dishes a try, it pays to garner some must-know details about Chinese noodles.

Now that you understand how they originated, how they’re created, and the different kinds of noodles available, you can start cooking your favorite Chinese noodle recipe.

I really love food, I'm seriously passionate. I love to read, write and practice yoga in my spare time.