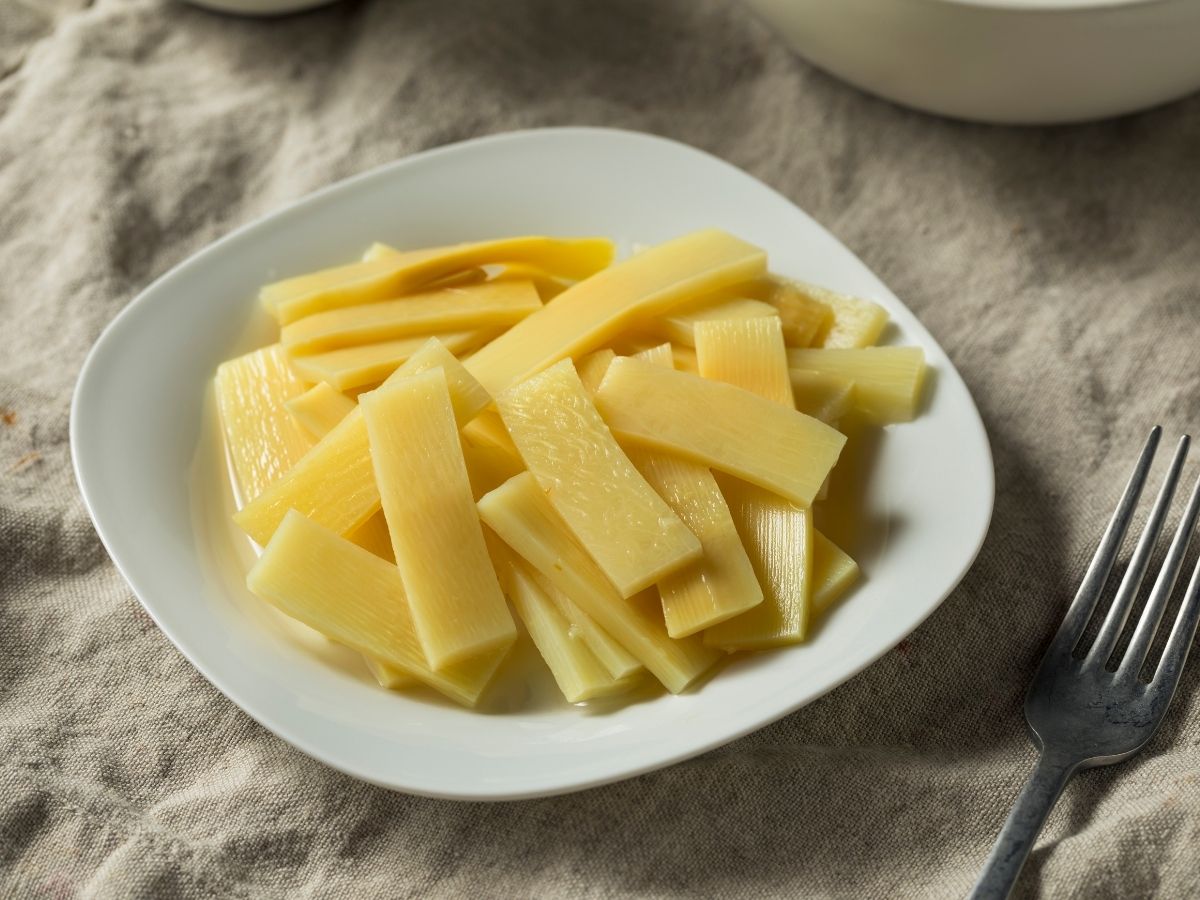 For many of us, it is hard to see fresh bamboo shoots. So, most of us are used to consuming canned bamboo shoots. Even if you have not consumed it yet, you might have come across these cans when you visited a grocery store. Read on to learn more about the canned form of bamboo shoots:

What Are Canned Bamboo Shoots?

Canned bamboo shoots are also called tinned bamboo shoots. Yes, you have guessed it right. These are bamboo shoots tinned in cans after proper cooking. It means that the canned form of bamboo shoots will save you a lot of time in cooking the shoots yourself. As they are pre-cooked in cans, you can just take them out from the cans and you can add them to any of your favorite dishes.

Canned bamboo shoots are generally ready to consume. So, you will get the taste of the ingredients used for canning the shoots. To understand the taste of canned shoots, you should know the taste of original fresh shoots, isn’t it?

When you take the case of fresh shoots, you will come across two categories. One is spring harvested that will have a tougher texture, while the other will have a tender texture and considered a delicacy.  In general, the fresh shoots will have a flavor similar to that of water chestnuts. It will have an extremely mild flavor and will have a subtle woody and earthy taste.

If you find that the canned bamboo shoots have a bitter taste, you can carry out a procedure to make sure that the bitterness leaves. You can cook these shoots for about 20 minutes. When boiling, make sure that the pan is not covered. Only then, the bitterness will run away. After twenty minutes taste the shoots. Do you feel that they still have a bitter taste?  If so, you will have to cook for five more minutes. Once the bitterness goes away, you can slice the shoots and can add them to any dish of your choice.

Are you worried that the canned bamboo shoots have a tinny flavor? Then, you can get rid of the flavor to make the shoots taste better. To get rid of the tinny flavor, you will have to add one or two red chilies in boiling water and can add a few bamboo shoots that are ready to eat into the boiling water. Let it boil for a few minutes. After some time, let it cook and when you taste it, you will find that the bitterness has gone.

What Features Should You Consider When Buying Canned Bamboo Shoots?

We know that you wish to make the best canned bamboo shoots shopping. So, here are some features to consider to make your shopping the best:

Organic: When the canned bamboo shoots contain organic bamboo shoots, you can expect better health benefits. You know that nowadays, people are more into organic foods due to the wide range of health benefits they can get. So, ensure the health of your family by choosing an organic pack.

How Much Does Top-Rated Canned Bamboo Shoots Cost?

Canned bamboo shoots are healthy food choices. The reason is that these shoots are used traditionally as a great source of fiber and medicinal use as well. So, make the right choice and let your family reap the benefits.

Senior editor and research expert. I tested most of the kitchen equipment and recipes at least once, but by no means claim to be a culinary genius.