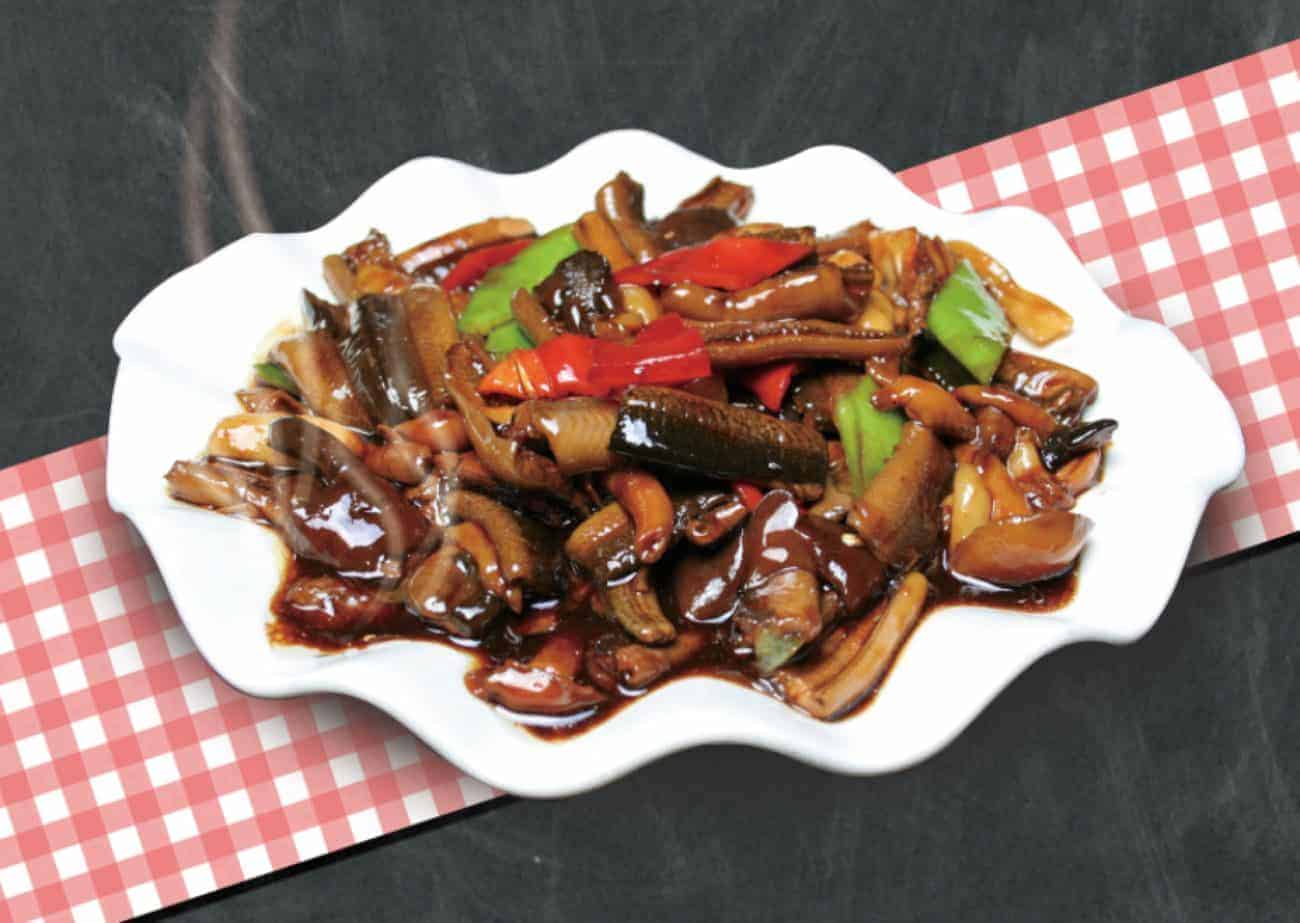 Why is Eel Fish Popular in Chinese Cuisine?

From the province of Guangzhou, where eel and black bean casserole is a favorite winter dish; to Fujian where it’s served with the lees of fermented red wine, eel meat is beloved by both local Chinese chefs and Chinese cooking enthusiasts.

It owes this popularity in great part to its unique flavor profile and great versatility, while also being high in vitamins and other nutrients with proven health benefits.

Although it can be tricky to work with at first, there are many recipes in which it can be prepared without much trouble. Since it tends to absorb seasoning and sauces well, it has no problem fitting into most dishes, making it a great ingredient for those who like to mix things up a bit to keep the menu fresh.

The flavor of eels meat can be described as light yet complex, with a tinge of sweetness and a savory aftertaste. It’s not an overbearing flavor, but one that develops over time, complemented by the soft yet somewhat firm texture that lets you get some chewiness out of it by broiling or pan-frying.

To someone who’s never tried it, the taste of eels might be compared to that of squid or octopus, as they’re both very mild, or even to fresh salmon, which has a similar texture. If you’ve ever tried catfish, you know what eel is all about.

If you’re planning to cook with it, you should keep in mind that there are different kinds of eels, which vary a bit in their flavor and texture. The two you’re most likely to find available near you are freshwater and saltwater eels.

Freshwater eel is the most popular of the two. It’s a bit more expensive and somewhat difficult to find outside of Asia, but its flesh is softer, and it has little to none of the “fishy” aftertastes.

How To Cook Eels In Chinese Cuisine

For the Chinese cooking aficionado, eels can be a slightly intimidating ingredient at first due to how laborious cleaning a fresh eel can be, as well as its tendency to move while you try to skin it.

If you’d rather not wrestle with your ingredients in the kitchen, you can usually ask your local fish vendor to skin and fillet the eel for you. Just remember to refrigerate it immediately and use it as soon as possible, as it starts to decompose remarkably fast.

After you are done with that part, here are some of the best ways you can cook eel in Chinese cuisine:

One of the most traditional ways to prepare eel is to stir-fry it, either in juliennes or diced. This method guarantees you’ll get just the right amount of chewiness and consistency, while also keeping the meat juicy.

Stir-frying is all about achieving the right texture, so it’s important not to overfill the wok or frying pan with oil. If the meat and other ingredients can’t move freely the result will be closer to boiling or steaming.

It’s often served with fermented black bean sauce, which complements and intensifies the eel’s natural sweetness. You can also use garlic for a bolder, more aromatic dish, or work-in a nice contrast with the bitter aftertaste of dried tangerine peel.

A straightforward way to prepare eel is simply to grill or broil it. This method relies on bringing the meat’s natural flavor to the forefront, though you’ll see it served slathered in soy sauce more often than not.

Sometimes also skewered on sticks for a more practical snack, particularly by street vendors, grilling is a great way to exacerbate the taste of the eel and bring out its characteristic Umami flavor.

Applying high heat directly to the meat makes the fillet crispy on the outside, while its center takes on a fine, flaky consistency. However, it’s important to keep the meat from drying too much, as the natural quality of the eel could go to waste.

This method is also a great way to experience Chinese cuisine when other ingredients are not as readily available. Most recipes are quite simple and don’t need much other than soy sauce or Japanese Unagi.

Another popular method for cooking eel is steaming. It takes full advantage of how well its meat tends to absorb seasoning and flavor, while also giving it a unique consistency that’s closer to that of shrimp or even squid.

It’s often cooked with garlic, peppers or aromatic herbs, and for good reason. Steaming the eel allows you to get a uniform taste all across the dish, and it gives you a great deal of control over the result.

As it’s most commonly prepared with the skin still attached to the fillets, rolled up into little balls before placing them on the steamer, it’s crucial to properly remove all the natural slime from the skin by covering it with salt and running the back of a knife along its surface. Otherwise, the slime will likely ruin the result.

As mentioned before, eels have several health benefits. It’s packed with essential vitamins and rich in nutrients such as Omega-3, which has a long list of known positive effects on your health that include reducing the risk of cardiovascular problems, speeding up your metabolism and keeping you from developing eyesight impairments later on in life.

Eel meat is also rich in phosphorus, which helps balance the body’s PH levels, in turn helping with digestion. That makes it ideal for people who need a lighter diet or simply want to avoid putting an unnecessary strain on their digestive system.

Recent studies published by the Journal of Alzheimer’s Disease have also found a link between consuming oily fish, such as eel, and increased blood flow and oxygenation to the brain. This translates to a reduced risk of Alzheimer’s, but also a general improvement in both memory and learning ability that may even stave off the onset of dementia.

All things considered, eel is a wonderful ingredient to explore Chinese culinary tradition. Its subtle yet complex taste is a surefire way to impress family and friends, and its huge array of available recipes and varied cooking methods ensure you will never run out of new dishes to try out.

Whether you want to test your culinary skills by preparing eel braised in a gourmet sauce, or just enjoy a simple traditional fillet broiled to perfection, there’s a lot to experience for those willing to try out this unique ingredient.