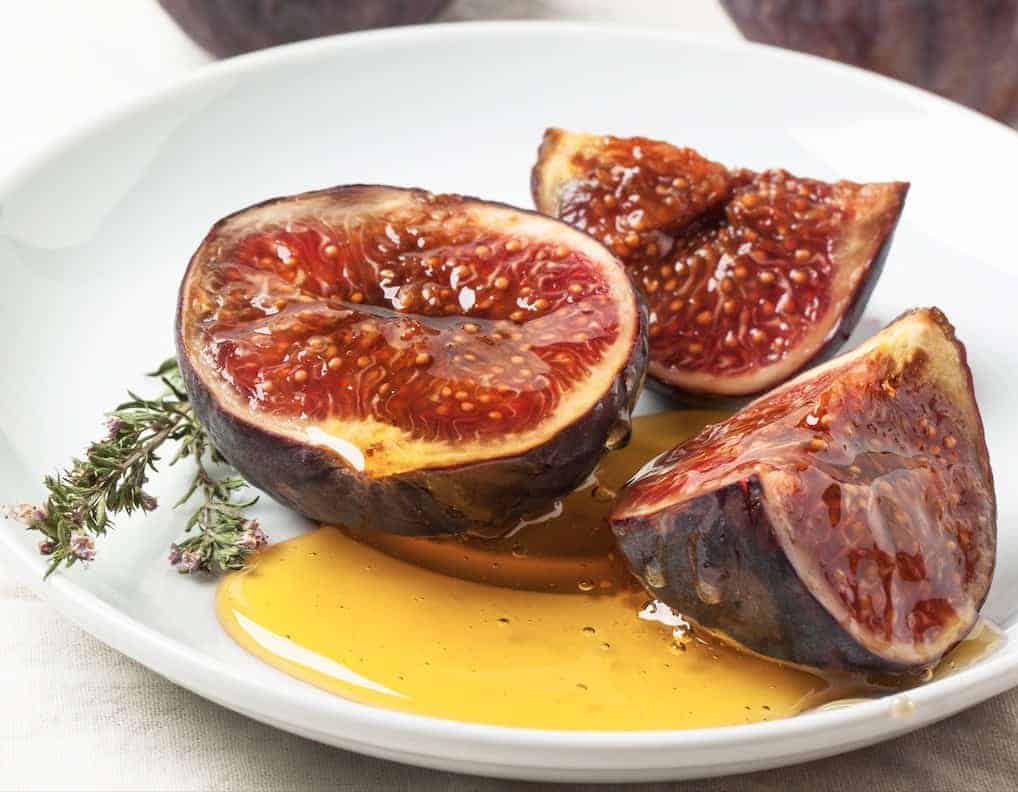 Why Are Figs Popular in Chinese Cooking?

In ancient times, the Chinese people used figs mostly for medicinal purposes. However, in modern-day China, they are a very sought-after delicacy thanks to their exquisite honey-like flavor and unique texture.

What makes the fig so cherished in Chinese cuisine is how different it is from most other traditional Chinese ingredients. The uncommon aromatic taste they bring to the palate has to do with the fact that they are inflorescent fruits, which means each fig is more like a cluster of flowers than regular fruit.

In most cases, the Chinese employ fig in its dried form, generally as an ingredient for soup, stews or dumplings, though it can also be eaten fresh as a dessert or a light snack.

The taste of this odd fruit can be difficult to describe to someone who’s never tried it, and the difficulty is twofold because of how different fresh and dried figs taste like.

Figs are very sweet when fresh, and its syrup has a resin-like edge that will remind you of honey or molasses. It also has a fresh aftertaste reminiscent of berries.

Their texture is also rather unique, a little like jelly, though slightly chewier and more consistent. The seeds provide a nice crunchiness, and you may even feel some stringiness when biting into the fruit.

Dried figs, which are the ones you will find in most Chinese recipes, have a similar flavor but more concentrated and intense. The texture is also chewier and stringier and they have a mild bitter aftertaste, similar to plums. In fact, both fruits are used in similar ways when added to hot courses.

How To Use Figs In Chinese Cooking

The first thing to keep in mind about figs in Chinese cuisine is that they rarely are the main ingredient in a recipe. Rather, it’s generally added to the dish to enrich the flavor and provide texture. Think of it as you would think of garlic.

While the fresh fruit is popular as a snack, dried figs are what’s most commonly used in cooking. This is partial because fresh figs tend to go bad very fast, but also simply because the dried version offers the best flavor profile for most recipes, and its integrity makes it better for soups and other preparations where fresh fig would completely break down.

So, in short, it’s a convenient way to add more depth to the dish and make it overall more interesting. Here are a couple of the most common ways to use them in Chinese cooking:

This is the most common way figs are used in Chinese Cuisine, and for good reason. Dropping some figs directly into a hot soup will make its flavor permeate the entire dish, adding a sweet, complex flavor that complements other sweet ingredients marvelously.

It’s often added to herbal pear soup, which makes for a wonderful side dish. It’s also a common ingredient in several kinds of pork soup, where it complements the meat’s fatty, rich taste perfectly.

Dried figs also provide a lot of texture. The broth on its own isn’t very interesting most of the time, but the right assortment of ingredients with different mouthfeel and contrasting characteristics can really make them shine, and the addition of figs can help a lot.

Similar to the Japanese Mochi, Tangyuan is a traditional Chinese dessert made from sweet, smooth balls of cooked rice flour. It’s usually served cold, moistened with sweet ginger syrup, although it can also be served hot.

They’re made with a great variety of fillings, and while figs are not the most common choice, it’s not hard to see how they would be a great match.

The sweetness of the figs makes Fig Tangyuan an exquisite dessert, and the freshness of the ginger prevents it from feeling boring and one-dimensional. The seeds from the figs will also give them a pleasant crunch and overall make them more interesting.

Additionally, if you don’t have that much of a sweet tooth, you can mince or grate the figs alongside other common fillings to enrich their taste. A popular choice is black sesames, which will result in a more balanced flavor thanks to its slight bitterness.

Outside of Chinese medicine, it’s important to mention the fig’s nutritional value. Just 100 grams of dried figs have around 200 calories, which is a lot for fruit, and they are an excellent source of calcium, potassium, and iron.

That last part is particularly important for those of us who live in the West, as our diets tend to carry a lot more sodium than we need. Having an imbalance between potassium and sodium levels can lead to high blood pressure issues. So, if this is something you struggle with, adding figs to your diet may have a positive impact on your health.

Figs are also a great source of fiber, which is great for people looking to improve their fiber intake. This is key to keeping your bowels healthy, and it will help regulate toxins in your body.

If you live in Europe or America, keep in mind the species of fig commonly used in China is slightly less sweet and more acidic than those readily available in the West. However, you should be able to produce very similar results with local produce as long as you take that into account.

So, while their taste and texture can take some getting used to, figs remain an amazing way to easily sweeten a wide array of preparations and give them a very Chinese feel.

If you enjoy either tasting or cooking traditional Chinese recipes, there’s no reason to skip one of the quintessential sweet ingredients of Chinese Cuisine.