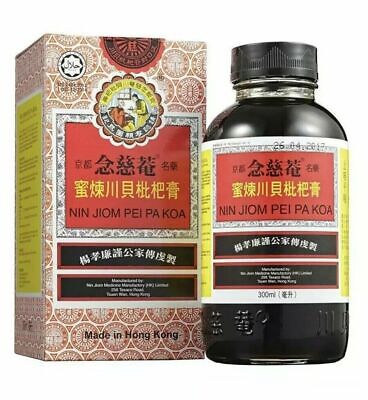 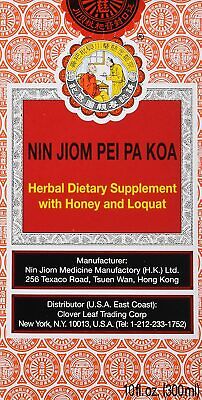 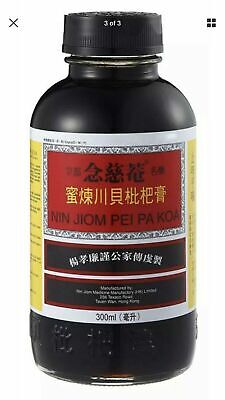 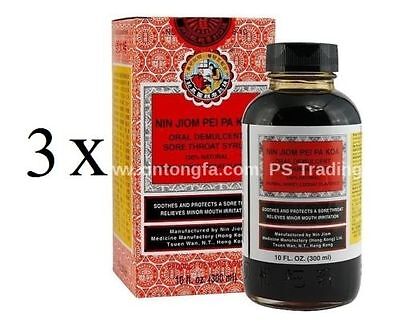 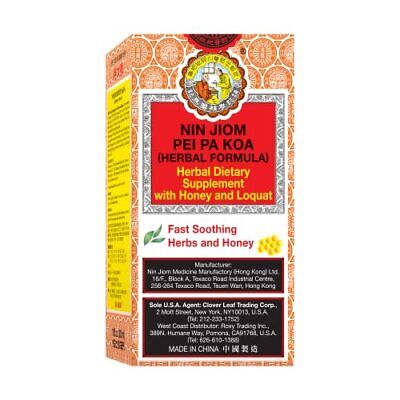 Nin Jiom Pei Pa Koa is the short name for the Chinese medicine King-to Nin Jiom Pei Pa Koa. It is also commonly referred to as Nin Jiom Herbal Cough Syrup. As the name of this remedy very well denotes, it is used for cough relief.

Nin Jiom Pei Pa Koa is a Chinese sore throat remedy. The good thing about this remedy is that it is herbal. It means that it will not cause any side-effects that the chemical-based remedies for sore throat and cough create. According to a study conducted by the China Academy of Traditional Chinese Medicine, the article published in the year 1994 indicated that this Chinese medicine has a considerable effect on relieving not just coughs and cold, but even it relieves asthma and it is helpful in the removal of sputum.

This product has been made using a blend of herbal ingredients like:

The honey included in this remedy also brings benefits to the users. All these ingredients are combined with honey to bring a sweet taste to the syrup. This product has its origins in the Qing Dynasty. It happened more than 400 years ago. The mom of one of the provincial commanders suffered from Chronic Cough. The commander cured it using a concoction with 15 herbs. The commander was then asked to mass-produce it in such a way that other people will also benefit. This led to the birth of Nin Jiom Pei Pa Koa.

What is Nin Jiom Pei Pa Koa Used for?

Most users even from other world destinations are satisfied with this product as the best remedy for cough and cold relief. But, is it beneficial for these conditions alone?

Let us throw some light into the major health benefits of this product:

Nin Jiom Pei Pa Koa is a thick cough syrup. Due to this thickness, it creates a coating on the throat and starts healing it. This is why the users are able to get effective results not just for cough, but also for sore throat and other throat-related issues. The other essential thing that contributes to the effectiveness of this syrup is its ingredients. The ingredients in this syrup are long being used in China for effective, cold, and sore throat relief. Here are some details to know about the efficacy of some of the ingredients in this product:

Not just these ingredients, the product has 10 other ingredients. For instance, ginger is used for long cold and even indigestion relief. In the same way, honey is known for its soothing properties on a sore throat. In this way, each ingredient in this cough syrup has been carefully included to address different issues associated with cold and its symptoms.

To Whom the Nin Jiom Pei Pa Koa is Suitable?

Nin Jiom Pei Pa Koa is suitable for any person of two years and older age. Any person more than two years can take a couple of teaspoons full of this tonic once in every three hours. However, most users of this medicine feel that they cannot resist using this syrup more due to its fulfilling taste. However, it does not create any side-effects even if taken more as claimed by most users.

How to Use Nin Jiom Pei Pa Koa?

People commonly use this remedy right from the bottle with the help of a tablespoon. For people with heavy sore throat and cough, they are recommended to take two teaspoons of the syrup once in three hours to get the expected results. Some people feel that the syrup is very thick. For those, who feel this, they can just dissolve it in hot water and can use it as a drink. When used in this manner, it can also quench the thirst. It is long being used in China as an expectorant and demulcent. This product is no more confined to China alone. Nowadays, people from around the world have started reaping the benefits of this cough syrup.

The tasty syrup can also be used as a decorative topping in drinks and fruits. The red color of the syrup makes this possible for the users. Due to its thickness and color, it can act as an effective topping in your favorite foodstuff.

If a person finds that the sore throat is severe even after using the product and if fever and headache continue, it is better to get medical help. The ideal time to consume this product is before bedtime. However, there is no restriction on its usage only during nights.

The overwhelming positive review from users motivated us to delve more into gathering details about the experience people had with this remedy.

In short, excellent results produced by this product along with its great taste make it popular sore throat syrup not just in China, but also it is gaining popularity across the world. Also, the soothing effect it brings to the throat when taken as a remedy for sore throat helps users to get instant relief. All ingredients in this product were carefully handled and included to ensure that users can get relief for all their issues related to cold. Even, immunity boosters are part of this remedy to help people stay away from sore throat and cough.

Above all, most users of this product say that it works. Regardless of whether they use it as a sore throat syrup or cough syrup, people are able to get the expected results within a few days. As against other cough syrups that cause sleepy feeling, the ingredients in this product do not produce such effects. Ingredients, of course, need a mention here for quality and effectiveness.

From user reviews and from the detailed review that we have conducted, we conclude that now you have an excellent remedy named Nin Jiom Pei Pa Koa for sore throat and cough that you can have handy in your home for quick relief! It Works! This is the solution we arrived after talking with many users of this product personally.