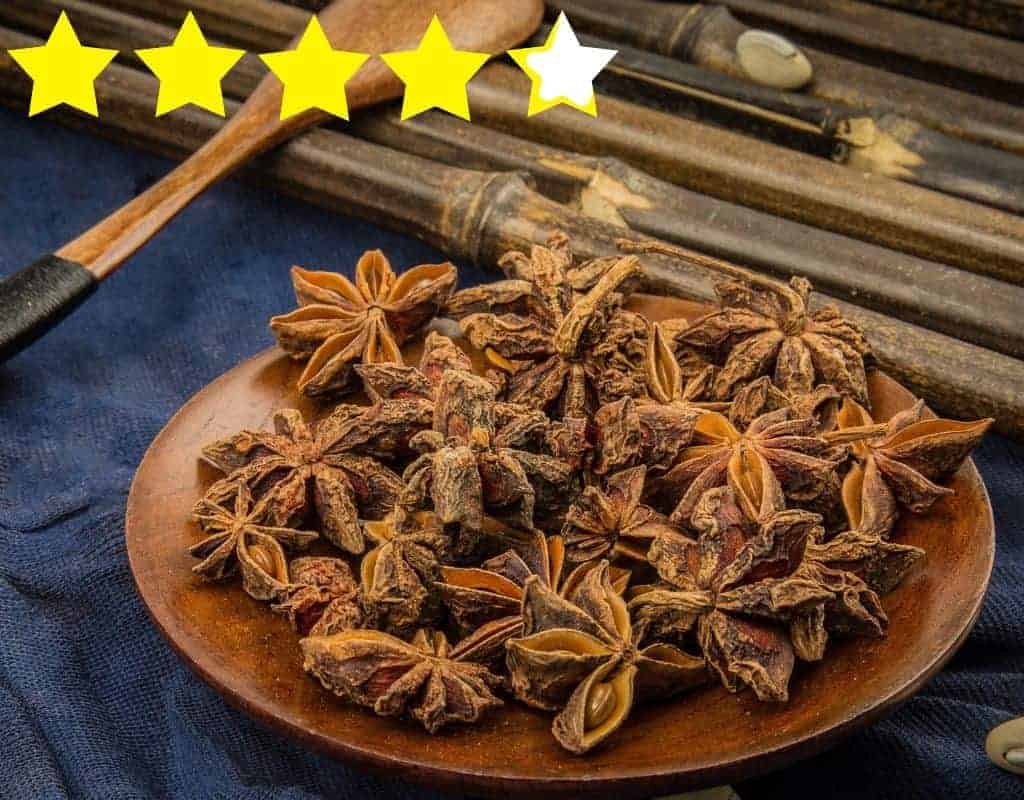 Why we need star anise?

Have you ever made an Asian meal with Chinese five-spice before? Or have you ever enjoyed pastis, absinthe, or Sambuca? If your answer to these questions is YES, then you have certainly tried star anise!

Star anise is a seedpod that comes from the fruit of the Illicium verum plant. Its pod is commonly dried before using it as a spice. Apart from being a flavorful spice, it is also very beneficial as it has a lot of essential benefits to health. In this article, we will discuss with you more facts about the star anise. We will also be reviewing the taste of this spice. Read on to learn more!

What is star anise?

Native to China, star anise is a star-shaped spice, which is a dried fruit from Illicium verum –an Asian evergreen tree. Further, it is a common ingredient in various Chinese cuisine and it possesses a sweet flavor, which is somewhat the same as the licorice. You may use star anise in infusing flavor into cocktails, braised meats, poached fruit, soups, and herbal teas.

Even though this star-shaped pod has the same name and flavor to the Spanish anise –the two plants are not related. A compound that is known as anethole is accountable for the licorice-like taste of the two.

Both the pod and the seeds of star anise has the potent, sweet anise flavor. Right before it’s used as a spice, it’s actually dried, hence its color –rust or deep brown.

The star anise has a very distinct, strong flavor, which is both spicy and sweet. As we have said above, it has the same taste as the licorice and must be used in small amounts. Even though the flavor of star anise is commonly thought of to be sweet, it’s commonly utilized in savory Asian or Chinese dishes. Further, it pairs very well with onions, beef, ginger, nutmeg, cinnamon, poultry, and citrus.

Furthermore, it may slightly be much bitterer than the Spanish anise, yet it’s much less costly and an akin substitute. If you don’t have any star anise in your kitchen, you may also use ginger, Chinese five-spice powder, common anise, or fennel seed as a substitute.

Its spicy and sweet flavors may intensify during cooking, to such an extent that it may leave a bitter aftertaste when an excessive amount of it is used. It’s very important to remember that the star anise pods are much more flavorful than its seeds when whole, but the broken pods easily lose their flavor.

With its unique licorice-like flavor, it is added in the making of the Chines five-spice powder, together with Szechuan pepper, cinnamon, cloves, and fennel.

How to use star anise for Asian cuisine?

Star anise is native to Northern China. Thus, it shows up in so many Vietnamese and Chinese cuisines. However, it has a lot more uses beyond the aforementioned two food cultures.

The star anise is actually a mainstay ingredient in Chinese cooking. It’s one of the major flavors in the Chinese five-spice powder and is also utilized in seasoning roast duck and some other meats. One the other hand, in the Vietnamese cuisines, star anise is also part of the popular soup –pho.

In Chinese red cooking, where the ingredients are being simmered for a long period of time in dark soy sauce, the star anise is almost always added to chicken and beef dishes. Chinese soups and stocks very frequently contain the spice as well.

If you are going to use the whole seed pods in cooking Asian or Chinese cuisines, the flavor is fairly obstructive and the pods cannot be eaten. However, the whole pods may be simmered in soups, marinades, and sauces, but you should remove them right before serving. On the other hand, the ground spice is way easier to use in cooking –even though the flavor may diminish much faster.

The star anise has stomachic, carminative, diuretic, and stimulant properties. In the East, it’s actually used in combating rheumatism and colic. It’s also a common flavoring for medicinal cough mixtures, pastilles, and teas.

In traditional Chinese medicine, star anise is prescribed as a digestive aid, for lactating mothers in increasing their secretion of breast milk, and in promoting female reproductive organ health. It’s also used in promoting appetite, in order to treat abdominal pain, digestive disturbances like colic, complaints due to cold weather like lumbago, as well as to relieve flatulence.

The antifungal and antibacterial properties of star anise are beneficial in treating bronchitis, dry cough, and asthma. For this very reason, some cough mixtures have star anise extract in them. In its natural form, star anise may also help the immune system of the body to fight numerous strains of flu and even many other health challenges. The shikimic acid, a compound in star anise may also be essential for its sedating properties that help in ensuring a good sleep.

Where to buy star anise?

Star anise can be found in most Asian supermarkets. They are packaged with plastic bags. You can take one or two to smell its aroma and feel whether it is dried. After purchasing, store star anise at a dry place in room temperature or you may store in the fridge at 4-8 degree. Usually, it can be stored for more than 1 month if you store properly.

Star anise is a star-shaped seedpod, which is commonly used in enhancing the taste of a dessert or dish. It also adds a mild to strong licorice flavor, which is perfect for stews, curries, cakes, and teas. The strong and distinctive spicy and sweet flavor of it is what we love the most.

So if you want to be adventurous in cooking your dish, why not try cooking with star anise –an ingredient that is full of flavor! Provided you use it suitably and with the proper amount, you will surely create a great dish for you or your family!