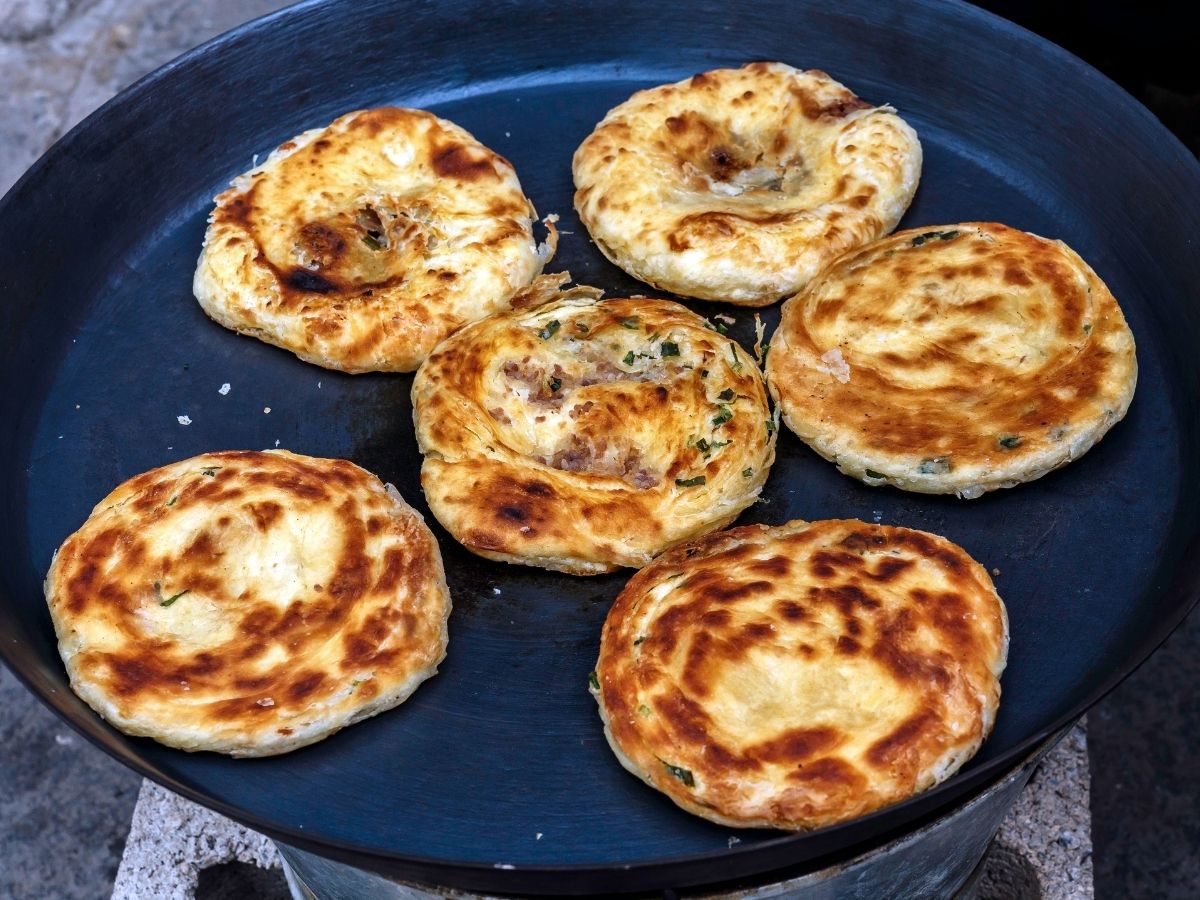 Of course, most people are surprised to hear about the Chinese infusion to pizzas. These people would think that the flavor combo would be off-putting until they’ve tried one.

Some souls find Chinese pizzas to be their go-to dishes. After all, it’s the best of both worlds for anyone who loves Chinese cuisines and Pizzas. This dish also means deviating away from the traditional tomato-based oven bread that the world loved.

So if you’re not a salty traditionalist Italian chef who would cry about this Asian take on pizza, here are five Chinese pizzas you might like.

Admittedly, the Chinese are not the best vegans in the world. But they championed tofu, which is the main feature of this pizza dish.

There is a need to prepare a simple marinade for the tofu. The mixture includes ginger, garlic, sesame oil, and dark soy sauce. It’s important to finely mince the ginger and garlic to spread the aromatics throughout the tofu.

Instead of the savory taste from a salty tomato sauce, this pizza uses a sparing dosage of hoisin sauce. Other ingredients include red pepper, scallions, and cilantro.

The result is a savory-sweet vegan pizza with simple Asian ingredients.

This pizza recipe is the perfect representation of Italian and Chinese fusions. Chinese shows great prowess in cooking chickens.

This recipe embraces traditional Italian ingredients like tomato sauce and mozzarella cheese. Start with sautéing the chicken, garlic, and ginger in a strong-tasting oil like olive oil. The last ingredient to garnish the pizza is cilantro scattered sparingly right after the pizza finished cooking.

While the components for the recipe are already great, the key in making this pizza outstanding lies in its crust. A quality pizza oven mimics the heat of the ancient firewood pizza oven, resulting in the crispy-charred crust. The pizza oven’s high cooking temperature infuses the infamous smoking scent onto the pizza, too.

Nowadays, these old ovens used to create the century-old recipe, may not be available outside China. Still, you can be close with brick ovens or other outdoor ranges. Check pizzaovenpros.com for an excellent apparatus that would help bring out the best of your pizza recipe.

There are many variations of onions worldwide, but only four onions stood out among the rest. The most known onions in the modern culinary world are red, yellow, white, and green onions. This pizza recipe uses these four types of onions.

This Asian take on onion pizza requires the caramelizing of the sweet yellow and the harsh red onion. The white onion will go to the pizza before it goes to the oven, while the green onions will serve as garnish. Aside from the use of onions, the pizza also adds chicken bits that are smaller than bite-size.

Scallion, sesame oil, and white pepper — if you are unsure how these ingredients are enough to flavor dough, look no further than its Asian Pancake Pizza.

Like any ordinary dough, this kind of pizza also requires the proofing of the dough to add complexity. The recipe also states laminating the aromatics like the sesame oil and white peppers within the pizza. There is a need to laminate scallions in the dough, but it only adds up to its heterogeneity due to its size.

Tujia Shaobing is another variant for the Chinese snack Shaobing. Believe it or not, despite its non-popularity, this dish is the closest Asian food next to a pizza. Unlike common Shaobing, Tujia Shaobing treats the meat as toppings rather than fillings.

The most traditional Shaobing involves frying the snack, but the contemporary take on this meal allows oven preparation too. This cooking method allows for a flaky dough texture rather than a crispy one.