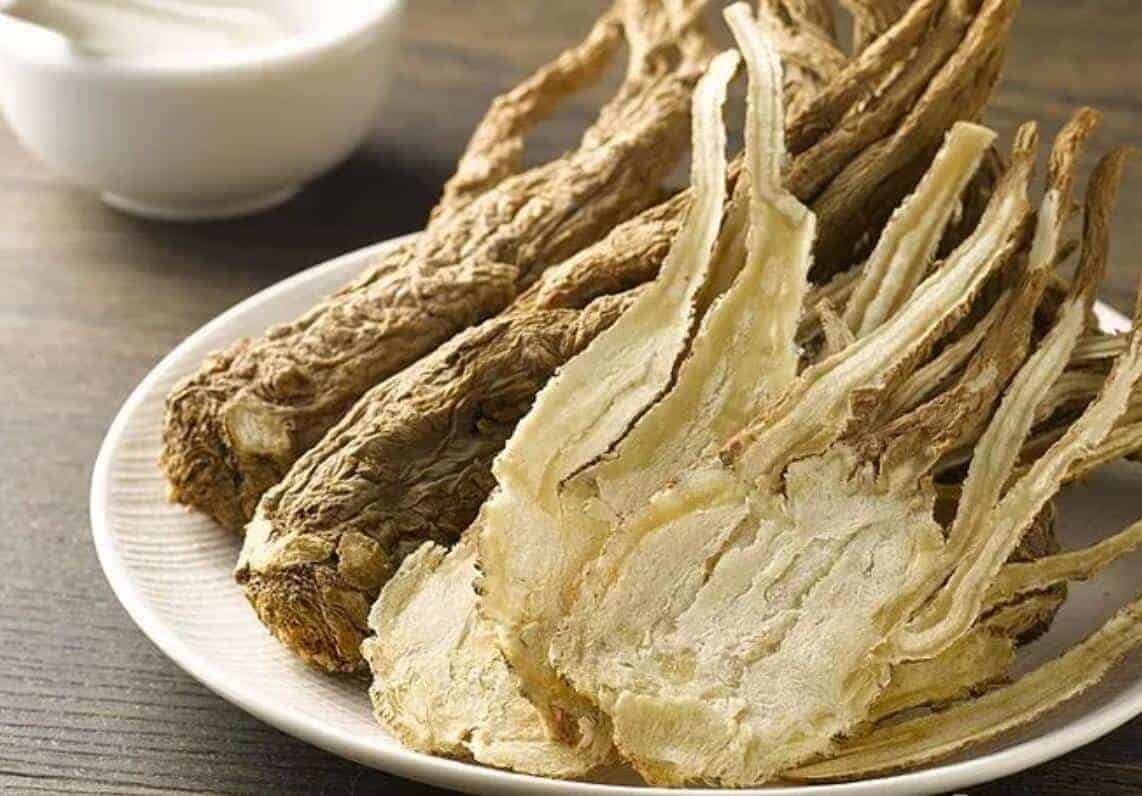 What is female ginseng?

The female ginseng plant, also known as Dong Quai, is grown widely in Northeastern China and Korea. The roots of this plant are valuable in Asian cuisine, mainly Chinese. Dong Quai is used in several Chinese dishes and teas, and it has a distinctive flavor profile and aroma.

Dong Quai is a well-known condiment in Chinese cuisine, and it is featured in a lot of soups, sweet, and savory dishes. This root has been used in Chinese cooking for decades by the Chinese for various food and health-based reasons.

The Dong Quai plant is called female ginseng, mostly because of the numerous health benefits it gives to the female body. Apart from being a condiment and a seasoning, it has been used to reduce the risk of ovarian cancer, skin cancer, lung cancer, and breast cancer in women. One can also use it as an aphrodisiac for women.

Female ginseng has been compared to the ginger root, possibly due to similar looks of the roots and similarity in names. However, they are quite different.

Dong Quai has none of the spicinesses that ginger has. Instead, it is similar in taste to celery or curry. The taste is sweet and pleasant, and it has an intense and distinguishing aroma. It brings a certain warmth to you when you take it, which is why many Chinese people prefer to take it in winter.

Dong Quai should not be mistaken with American ginseng. They have different uses and effects despite their similar tastes. This is because the American ginseng cools you down, which is the exact opposite of what the Asian ginseng does. They are referred to as ‘Yin and Yang’ in some Chinese circles.

Dong Quai is majorly used for its medicinal benefits, but when mixed with other herbs, it can add a different twist to your meals. The flavor of this root is quite mild, but you definitely won’t miss it in your meals. You can also use it in non-Asian meals to give them a nice twist.

How to use female ginseng for cooking?

People mainly use Female ginseng in making soups and teas, especially in winter. The root can be used fresh, dried, or in powder form, depending on your preference. The fresh roots don’t have nearly as much flavor as the dried roots, so you can use it for people that are not familiar with this root.

Dried Dong Quai roots are usually prepared with other herbs so that it may give you a different and more exciting taste from the fresh roots. You can Dong Quai into several Chinese soup recipes, such as chicken soups for nursing mothers, older people, or sick children.

Female ginseng tea is a popular drink in China and Korea, and it is mainly drunk for its calming heat during cold seasons. This tea is primarily ginseng infused water with some other herbs like red dates, and ginger added to it for some flavor. It may also be drunk for its healing properties.

Many people find more ways to incorporate ginseng into their everyday diet, so you see a lot of ginseng smoothies and energy drinks. While this is healthy, it is not advisable to use ginseng too frequently.

Side effects of female ginseng

Female ginseng gives you a lot of excellent health benefits. However, like many foods, eating it too frequently or for an extended period can lead to adverse side effects. Some of these side effects include:

In more severe cases, overuse of ginseng can lead to mental issues, like schizophrenia, inflammation of blood vessels, and hormonal effects. We advise that when taking ginseng, you should take regular breaks in between to avoid a buildup of the herb in your body.

Female ginseng can be given to small children as a treatment for certain illnesses, but it should never be given to infants. It may be too much for them, and this can lead to them developing complications.

#2 Always cook the root for an extended period

When using ginseng root, especially the dry one, take your time to cook it properly because the root doesn’t release flavor on time.

#3 Do not remove the root after cooking

The root of the female ginseng is still delicious after it has been used in a meal. You can eat the root later when it is tender.

#4 Know what variety of ginseng to use

Ginseng is an umbrella word that covers over a dozen types of the ginseng plant. Different varieties have different health benefits, so it is essential to know which one to use for what purpose.

Where to get female ginseng?

You can find female ginseng on most of the Asian markets. Online platforms also offer sliced or cooked ginseng. Here are some of the best ginseng products that offer online on major platforms.

Female ginseng also helps to improve our quality of life without outrightly treating a disease. It generally enhances our immune system and prevents us from having some cancers. Some other health benefits include:

Female ginseng has been linked to some other diseases, but it hasn’t been confirmed if it treats them. Some of them include Breast cancer, memory loss, diabetes, and heart failure.

Female ginseng is a valuable plant grown in China and Korea for centuries. The root of this plant has a pleasant taste and is used to make delicious and nutritious sous, sweets, and teas.

In addition to its great taste, this root contains several nutrients that can be used to fight against several diseases and help us have a generally better life.

Ginseng is useful, but you also have to be careful in ingesting it as it can lead to some harmful side effects.

Allen is an expert product reviewer who spends thousands of hours testing products and sharing professional tips. He is also a foodie that loves food, dessert, and smoothie.