7 Ways To Make Turmeric Part of Your Daily Diet 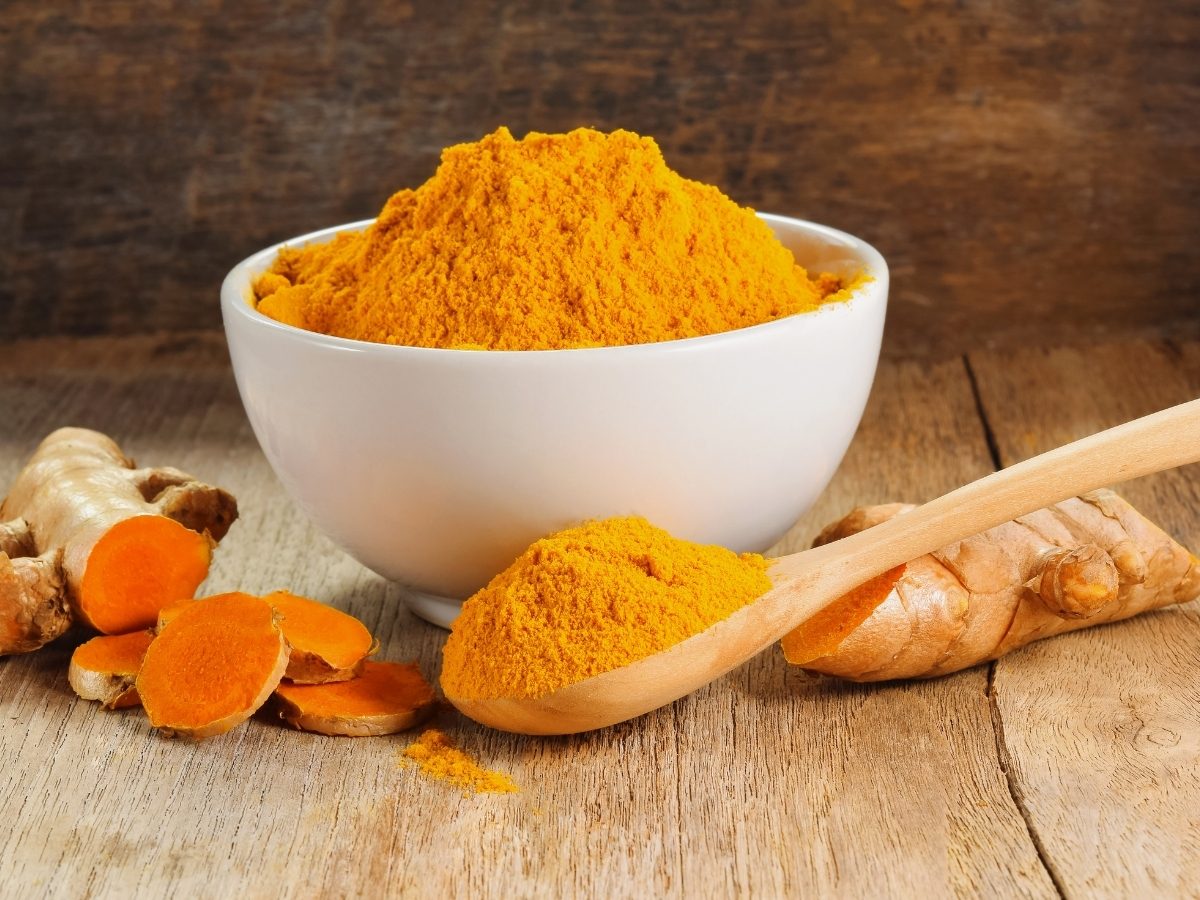 The use of turmeric as a medicinal herb is not something new – it has already been used for centuries in traditional Chinese and Indian medicine. However, it wasn’t until recently that it became a sensation in the West. And not without reason.

First of all, turmeric has anti-inflammatory properties due to a compound called curcumin. Since inflammation is the root of many chronic diseases, limiting it decreases the risk of you falling sick with one. What’s more, according to studies, turmeric helps prevent DNA damage and improves its repair. Although more research is still needed, it looks very promising – turmeric might be helpful in treating depression, as well as preventing common conditions like poor gut health or joint pain.

There are a few ways to make taking turmeric a part of your daily routine.

Sure, you can add turmeric with BioPerine® supplement or another similar preparation. However, before you do that, you might want to try to simply incorporate it into your daily diet. Truth be told, it’s not as hard as some people might think. Want to find out more? Keep on reading then.

Making turmeric tea is one of the easiest ways to incorporate it into your diet. It is a traditional ayurvedic (coming from Indian traditional medicine) remedy that helps with colds and post-workout muscle soreness.

Tip: You don’t have to use water. Instead, you can opt for oat milk, coconut milk, etc.

Turmeric is a great addition to any savory dish. And although it is one of the key ingredients of curry powder, it is not that spicy on its own. So, next time you are making scrambled eggs (or scrambled tofu if you’re vegan), add a bit of turmeric. This way, you won’t overwhelm your taste buds while still increasing your daily intake.

Whip Up Some Salad Dressing

If you’re a fan of salads, you’ll be happy to hear that you can use them to add turmeric to your diet – or rather the dressing that goes into the salad. Whisk together one teaspoon of turmeric powder, two teaspoons of white miso paste, some lemon juice (around two teaspoons), 1/4 cup of olive oil, and 1/4 cup of tahini.

Once the mixture is ready, you can add it as a dressing to a salad, or you can use it to marinate chicken, fish, or tofu. What’s more, you can also use it as a dip for veggies.

Use It to Season Roasted Veggies

Turmeric is a great way of spicing up roasted veggies – especially cauliflower, carrots, potatoes, and the majority of root vegetables. Just sprinkle a generous amount either before or after cooking, add some black pepper and sea salt so that your body can absorb curcumin better.

If you want to start your day with a breakfast full of nutrients, swipe your regular meal for a green smoothie with turmeric. Prepare a handful of green leaves (for instance, spinach or kale) as well as some fats (e.g., half an avocado, nut butter, some coconut oil, etc.), a bit of mineral salt, and your liquid of choice (could be water, coconut milk, coconut water, or another non-dairy milk). Add all of it to a blender along with some turmeric, and voila, you just made a very healthy and tasty breakfast full of nutrients.

Add It to a Soup

Since turmeric has long been used to cure inflammatory bowel conditions, it shouldn’t come as a surprise that it’s a perfect ingredient to add to a soup for a painful stomach. Prepare the soup as you would normally, and add turmeric as you go, a bit at a time. Taste it every once in a while to make sure it tastes right, and don’t forget to add plenty of vegetables (pumpkin and turmeric are a very nice combination – just saying).

Add It to a Coconut Milk

If you really want to make the most out of turmeric, you should try the turmeric bone broth coconut milk – also known as the golden milk. Both bone broth and turmeric have anti-inflammatory benefits, meaning that you can double the effect.

How do you make it? Well, it’s rather easy.

Take one cup of full-fat coconut milk, one cup of bone broth, two tablespoons of turmeric, half a teaspoon of cinnamon, one teaspoon of raw honey, 1/4 teaspoon of ginger powder, and a pinch of black pepper. Add all the ingredients to a blender, and blend. Put the mixture into a saucepan, and warm it up over medium heat for three to five minutes. Drink hot.

If you thought that turmeric is a new discovery, then you thought wrong. It’s been a part of traditional Chinese and Indian medicine for a few centuries now – all thanks to the health benefits of turmeric, some of which are still being discovered.

The question is, How do I incorporate it into my meals? After all, sure, you could just grab a spoon and eat it without anything, just like that – but do you really want to do that? Thought so. Thankfully, there are several ways to add turmeric into your daily diet, some of which we have mentioned above.

The truth is that turmeric can be incorporated in most meals – you just need to know how to do it. There are plenty of tips online, so don’t hesitate to explore them. What we mentioned above is just a small portion of what you can do with it – don’t restrict yourself to only a few recipes you already know. Experiment. Good luck! Or should we say ‘Bon Appetit’?