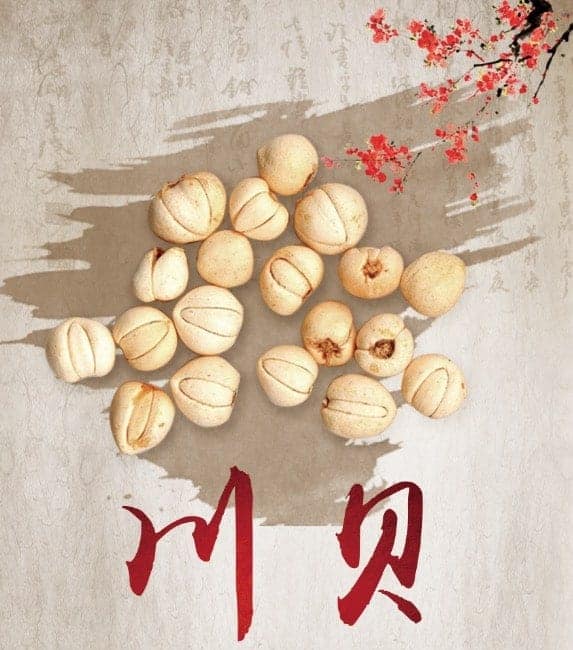 Why Fritillary Bulb Is Popular In Chinese Cuisines?

The popularity of this herb is due to its medicinal benefit. It isn’t the sweetest of all ingredients; neither will you find its addition worthwhile. It’s not an everyday ingredient like curry or pepper, which you can add to dishes to improve its taste. If not for its medicinal effects, this herb would have been nowhere near our food.

Fritillary bulb is effective in treating cough or any other issue affecting the Respiratory tract. Due to its bitter taste, you’re better off combining with sweet ingredients like pears and Rocky sugar.

Fritillary bulb tastes bitter whether you’re using the fresh or powdered form. Most times, this herb is combined with pear and has the tenderness of mung bean when steamed over indirect heat.

Dishes made from Fritillary bulb isn’t one to take straight from bed. Its bitter taste tends to linger around for long, and not even the sweetest of fruit candy will make it vanish immediately.

For some Reasons, an herb that has bitter taste is believed to be more effective than those that are sweet. While there’s no scientific evidence to back it up, there’s no denying the fact that this herb is actually one of the best when it comes to getting rid of diseases affecting the respiratory tract.

Fritillary bulbs can be consumed as teas or in the form of a dessert when it’s prepared with soup. Combining this herb with pears minimizes its bitterness thanks to the sweetness of pear juice.

How to Use Fritillary Bulb in Chinese Dishes?

Fritillary bulb is just one half of the dish, the lily bulb is another. Both herbs work well, and their taste complements one another. They also have contrasting medicinal benefits making this dish one of the most versatile soup in China. For Instance, the addition of a fritillary bulb makes it easy to get rid of any issue related to the respiratory tract. It acts as a detoxifying agent. Flushing any form of toxin and also moisturizing it.

In terms of taste, this soup tastes more like a sweet pear soup but with traces of barley in it. It’s particularly good for people with a sore throat. The bulb retains its bitterness, but the sweetness of pear and rocky sugar somehow overpowers it. Making the dish more sweet than bitter.

This dish is similar to the first, and they serve the same purpose. However, it’s inclusion in this article is down to how it is prepared. It screams class, and it’s no surprise that it has an exotic taste. To prepare this dish, you will need some Yali Pears and a handful of fritillary bulb.

Before preparing, the top of the pears are cut off, and the seeds are taken off before the bulbs are thrown in and allowed to steam for an hour. The pears are not placed over direct heat. Make no mistake trying that. Rather, you place in a tray which absorbs most of the heat.

The moisture content of the pear means there won’t be any need for water. The juice from the pear will help soak the bulb and cook until it’s tender. A well-cooked Fritillary bulb has a grainy texture that’s similar to that of mung beans. The juice from the pear counters the bitterness of the bulb. It adds some natural sweetness to this dish, which somehow minimizes its bitterness. This dish is better enjoyed when served hot and is helpful to kids who suffer from cough or asthma.

Combining with pear seems to be the most popular way of enjoying this herb. While that method doesn’t take time, making a tea out of it is even easier. It doesn’t take long; all you have to do is add 1 tbs of fritillary bulb powder to warm water and allow the herb to infuse its flavor before serving. The only downside to this is that the tea will be very bitter unless you add sugar.

This seems like a treat rather than a herbal soup. This is nothing like other herbal soup you’ve tasted. It’s one of few which looks like a complete dish compared to those that try to drain out the tonic from the herbs by dumping in boiling water.

This dish uses low-fat ingredients as it aims to minimize the cholesterol content. Lean chicken pork and skinless chicken, in addition to starfish, are the meat here. Fritillary bulb only adds more flavor. The soup is prepared with less salt to make it suitable for those with high blood pressure.

Fritillary bulb isn’t as popular as self-heal. It’s hard to see it growing in fields like most herbs. Its scarcity means the Chinese highly value it. This herb is quite expensive, and it is easy to see why, since it treats the most delicate organs in the body: the heart and lungs. It contains substances that eliminate Phlegm through its mint-like cooling effect and moistens the lung to eliminate cough. But this may increase the risk of cold at the same time.

This herb is considered to have a bittersweet taste, which is refreshing if consumed hot. Its taste makes it more suitable for those suffering from cough and other forms of lung disease.

Fortunately, there is a whole lot of ways to prepare this dish. Preparing as tea is the easiest way out, but tastes better when cooked as a soup.

Drinking Fritillary bulb soup seems like going all out to ruin your taste bud. However, adding excess sugar in an attempt to mask its bitter taste isn’t the best option either. If you’re looking for a way to escape it’s bitterness, prepare with pears. You can either dump the bulb inside the pears or crush in warm water like in the case of Rock sugar soup.