How to Choose the Best Moxibustion Stick? 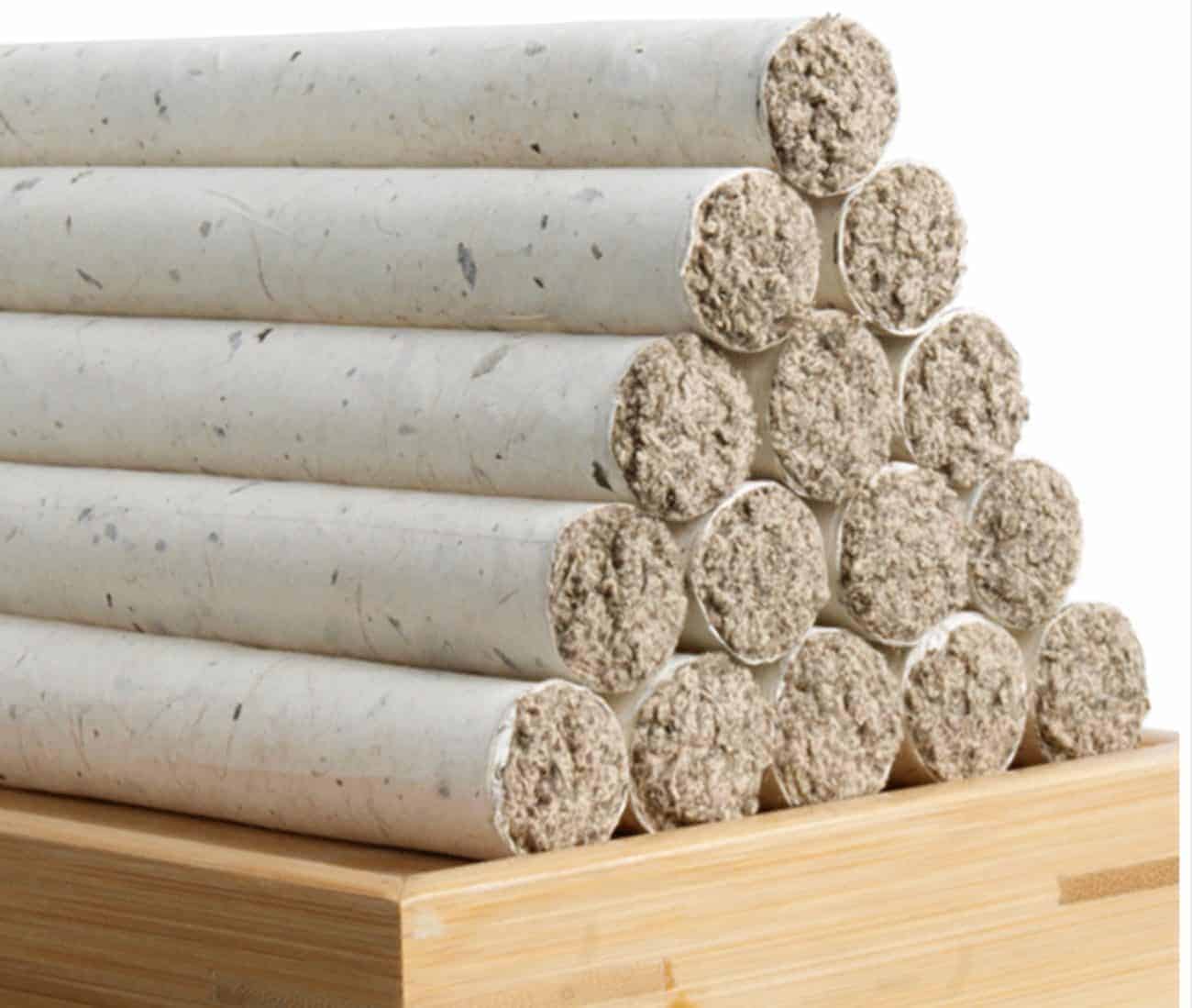 Top Best Moxibustion Sticks Based on Reviews and Price 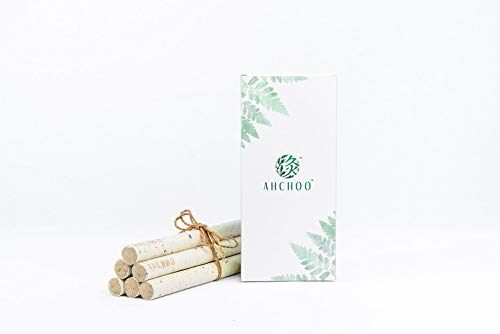 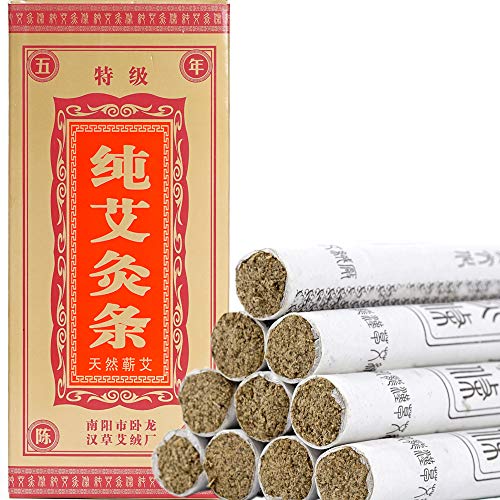 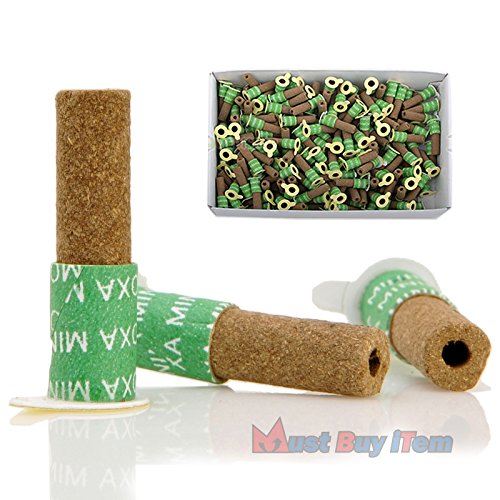 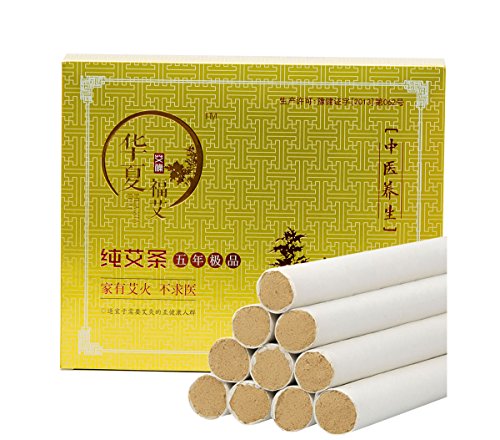 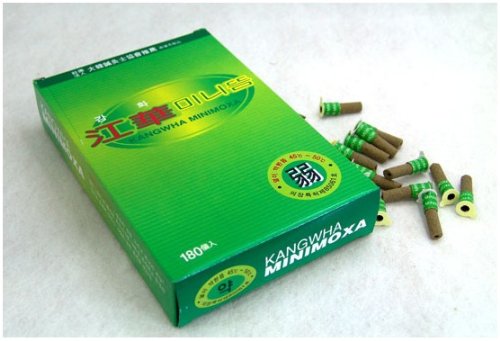 How Does Moxibustion Work?

Moxibustion is an ancient practice of Traditional Chinese Medicine that involves burning a bunch of dried herbs on specific points of the body. The plants used in moxibustion are called moxa, and the moxa roll or stick is made from mugwort leaves that have been dried and ground to powder. Some other herbs can be added by some practitioners to enhance the effects of the moxa stick.

The principle of moxibustion is similar to that of acupuncture. Practitioners burn the moxa cones and sticks next to the same points that acupuncture needles are placed.

According to TCM practitioners, heat therapy stimulates those points, and in turn, enhances energy flow through the body. The sticks are burned next to the points without actually touching the skin. Then, the energy, aka qi, circulates better and helps to treat certain health issues.

Moxibustion works with the principle of energy, qi, moving around the body. According to moxibustion practitioners, sometimes cold enters the body and causes blockages of some energy paths in the body.

This impedes energy flow, and it can cause a variety of health problems like arthritic pain. Whichever way you choose to use moxibustion, always consult an expert first. Moxibustion is practiced in different ways, and they are:

In this method, the moxa stick or cone is placed directly on your skin, right next to the area that needs stimulation. The cone is lit, and it burns until your skin turns red. Then, it is taken away, and the process is repeated a few more times until blisters form on the skin and eventually heal. This method is used for really severe cases like chronic pain.

This method is similar to the first one, except that your skin is not allowed to get burned. In this case, you can use a small segment of the moxa stick and place it directly on the skin. The moxa is lit and allowed to burn for some time. When it is down to an inch or two left, it is removed, and the flame is put out. This way, you get the direct heat without any burns.

This method is the most popular nowadays because of its relative safety when compared to the other methods. In this method, the moxa stick is lit and held next to the affected area for a while. The stick is moved around to avoid overheating the area, and care is taken not to come in contact with the skin. Another way of doing indirect moxibustion is by placing a layer of salt, garlic, or ginger between the moxa cone and your skin.

How to Use Moxibustion Sticks?

Moxibustion is pretty easy to use and uncomplicated. Although you should find a skilled practitioner, you can do it yourself after a little bit of practice. As long as you follow the instructions carefully, you shouldn’t have a problem. You need a moxa stick, candle or lighter, and a small plate filled with sand, or a flowerpot for this treatment.

Moxibustion has a lot of alleged health benefits, especially among Chinese medical practitioners. But, there have been a surprisingly low number of studies that support these claims. Still, moxibustion is regarded as a mainstay of traditional Chinese medicine, and it has spread to many other parts of the world.

Side Effects of Moxibustion

Moxibustion is quite non-invasive, so it is a safe practice when compared to many other forms of treatments. The major complaint people have is the amount of smoke the burning moxa sticks create. The smoke has a pungent odor that resembles the smell of cannabis, and this can irritate people who are sensitive to smoke. Also, some people complain of burns and blisters, especially if the procedure isn’t carried out correctly.

Moxibustion sticks, or moxa sticks, come at different sizes, shapes, and prices, so you need some information before buying one. The different types of moxa sticks could have specific uses, and you need to find the one that best fits your needs. The following factors are essential, and they will help you find the moxa stick you need.

Moxa sticks come in several sizes and widths, and these affect how they burn, work, and last. If you want single-use moxa sticks, you should look out for slimmer and shorter moxa sticks. Thicker rods burn slower and last longer, so they are better suited for multi-use.

Moxa sticks have evolved a great deal from their original design. Nowadays, there are several moxa sticks with advanced designs and features designed to make the process more comfortable to use while retaining its efficiency. If you plan to use moxa sticks on your own, you should look for one with uncomplicated features and an easy application.

Moxa sticks produce a lot of smoke, and while it is regarded as part of the therapeutic effect of moxibustion in Asia, many other people complain of the smell. The smoke carries some trace elements like sodium and calcium, and it can have calming effects on the user.

However, with the increasing popularity of moxibustion in Western areas, a need for moxa sticks that produce less smoke came up. These sticks are called smokeless moxa sticks, but despite their name, they do produce some smoke. Smokeless moxa is made with carbonized mugwort, which has 95% less smoke than the traditional moxa stick.

Traditional moxa sticks are still preferred in many parts of Asia and the world because it is regarded as the more effective method. The smoke is a part of the treatment, and many people are willing to ignore it for the supposed benefits it brings. Meanwhile, smokeless moxa sticks are best for people that are sensitive to smoke or people that don’t like the smell of moxa smoke. Also, it enables them to use moxa sticks inside the house.

Moxibustion is a controversial topic among health practitioners around the world because of the uncertainty surrounding its use and effectiveness. However, this practice has been used for decades, and there have been positive reviews via word of mouth. Moxibustion is a relatively safe traditional practice, so you can learn to use it on yourself from any expert Chinese healer. With the numerous options available, you can find one that suits you fine as long as you follow the guidelines listed above.