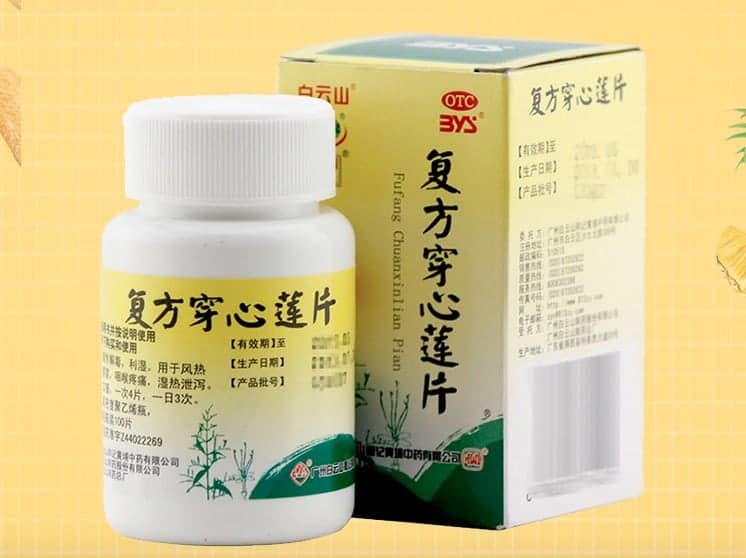 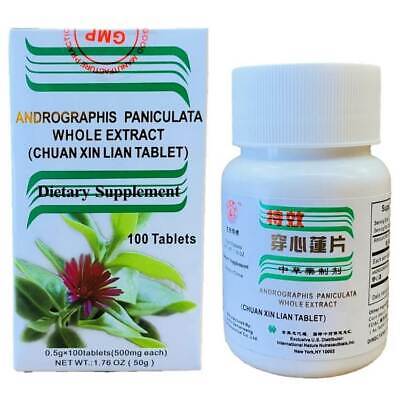 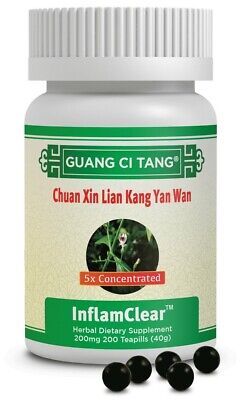 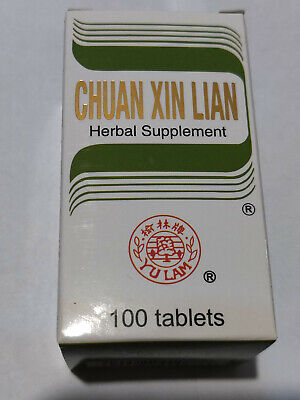 You know that there are different systems in the human body. Only when each system functions properly, the other systems on these systems will also function at the optimal level. Examples include the respiratory system, the cardiovascular system, the immune system, the gastrointestinal system, etc. You will be happy when there is a single herbal supplement that can improve the health of all these systems, isn’t it? Thanks to Chuan Xin Lian created for this purpose.

What is Chuan Xin Lian?

Chuan Xin Lian is an herbal supplement created with Andrographis extract. This product is a supplement available to support the health of the throat, the respiratory system, and the immune system. To make it easy to consume, this product is offered as sugar-coated tablets. It will help with getting the required relief from sinus symptoms like sore throat and the common cold.

This is a trusted Chinese herbal remedy that is being used by people in China for long. It improves the functioning of different systems by getting rid of toxins. As inflammation is the reason for many issues, the anti-inflammatory property of this medicine reduces inflammation to improve overall health and wellness in users.

What is Chuan Xin Lian Used for?

Chuan Xin Lian is a product with 100% Andrographis extract. So, it does what Androphis Paniculata, the herb can do. The benefits are plenty. However, here are some major benefits that users can expect from this herbal supplement:

In some instances, due to this, inflammation or swelling of nasal cavities also happens. In turn, draining will be stopped, turning into nose congestion. Slowly, the person will lose the sense of smell and even pain develops in the head and face.

Even, the route of draining the congestion can move to the back of the nose, thereby leading to sore throat, cough and even green or yellow production of mucous. To address all these factors associated with sinusitis, Chuan Xin Lian acts as the best remedy.

In addition to addressing sinusitis and related symptoms, the herbal supplement also works to improve the health of the immune system and respiratory system in the human body. When both these systems function properly and particularly the immune system, the body of the user will start fighting any sort of infection including cold.

Sometimes, infection to the sinus happens due to viruses and other harmful pathogens. Due to the anti-viral action of Andrographis extract, this product works against viruses.

Inflammation in internal organs can lead to bigger health issues when not addressed quickly. The anti-inflammatory action of this herbal supplement helps with reducing these inflammations. When they are removed, a person can lead a healthy life.

Inflammation is generally a natural response that occurs within our body. This happens whenever we are exposed to infections or injured. When these things happen, our immune system takes charge. It works to safeguard us by producing special chemicals called cytokines. These cytokines trigger a combination of reactions that destroys a bacteria or virus that tries to invade our system. Also, it breaks down the damaged tissues and starts the process of healing. As cytokines protect our bodies, they also create inflammation.

Now, you might be wondering why is inflammation bad when it does only good for our body. The problem is that it creates pain and stiffness. Even, inflammation happens following an allergy or before a cold attack. So, Chuan Xin Lian works to address inflammation.

How to Use Chuan Xin Lian?

Chuan Xin Lian should be taken at the rate of three tablets three times on a daily basis. It is not meant for long-term use.

Carrying moms are recommended not to use this product. Also, no person can use it over the recommended dosage. After use, the box of this herbal supplement should be kept stored with the lid tightly closed. The storage should be done in a cool and dry place.

How Does Chuan Xin Lian Work?

Andrographis paniculata has been used in Chinese medicine and even by herbalists for boosting the immune system functions naturally. This herb works by treating cold and flu symptoms. It is known to treat certain conditions like:

Studies show that this ingredient in Chuan Xin Lian is effective in curing acute upper respiratory tract infections. Even, studies further suggest that it can effectively shorten the duration of sore throat, cough, and sick days.

In addition, this ingredient is known to cure ulcerative colitis and multiple sclerosis. All these features of this only ingredient in Chuan Xin Lian help it work.

Cornstarch is generally used in cooking for stabilizing, blending, and thickening foods. Even though this ingredient is used in Chuan Xin Lian for this purpose, it also brings many benefits like those mentioned below:

The addition of sucrose in the health supplement has a purpose. It gives energy as it quickly metabolizes into fructose and glucose.

The other ingredient in this herbal supplement like water helped the manufacturer to get this structure of a tablet.

What Do Users of Chuan Xin Lian Say?

Obviously, we wish to know what other users of a product say about it before shopping. Of course, Chuan Xin Lian is a health supplement. So, you will be interested in knowing the experience of other users. Here are some details concerning this:

Many users of this herbal supplement stated that when they started using this tablet, they found that there is a considerable reduction in the chances of getting sick. It means that many of them feel that it boosts their immune system effectively to fight pathogens getting into their body through different sources.

Gets Rid of Excess Mucous And Phlegm

The excess mucous and phlegm irrespective of the part of the body like chest, nose or the respiratory system can be troublesome. Many users of Chuan Xin Lian claimed that as soon as they start using this product, the excess phlegm and mucous are getting out of their system with ease.

As the product helps with getting rid of excess mucous and phlegm, it works wonders for treating patients suffering from dry cough. Dry cough can sometimes be very troublesome to the extent that it causes chest pain. But, many users of this herbal supplement feel that whenever there is a dry cough problem, this remedy can bring the expected relief quickly.

Asthma patients experience a great sense of trouble, particularly during cold climatic conditions. They face difficulty breathing as the mucous and phlegm covers their chest entirely. Many asthma patients also experienced a considerable improvement in their cold symptoms when they tried Chuan Xin Lian.

Most of them say that this product helps them to breathe with ease by relieving the excessive mucous and phlegm in their respiratory system. In turn, many of them feel that they are able to prevent their cold from turning into bronchitis or pneumonia.

Take During the First Signs of Cold

Many users claim that whenever they get the initial signs of cold, they immediately take this herbal supplement. It immediately works to prevent the cold from worsening. So, most of them claim that this product should be a handy remedy in all homes, particularly during cold and flu season to help the family members stay safe.

Many users of Chuan Xin Lian claimed that this product works exceedingly well to relieve viral infections. Also, many of them stated that sugar-coating makes it easier to consume. Further, they feel that those in the diet need not have to worry about a hike in their sugar levels as it has just a sugar coating to ensure easy consumption and does not hike the sugar levels.

For those looking for a good supplement that will boost their immunity and respiratory system health, there can be no other better option than Chuan Xin Lian. The product works exceedingly well to prevent illnesses by boosting immunity functions effectively and efficiently. So, any person with frequent cold attacks and even a person looking to boost immunity can try this product.

I'm a professionally trained baker/pastry chef and also, as a friend would say, an intrepid eater.